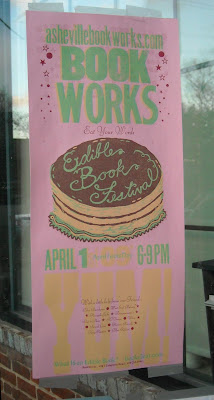 There was an edible book contest here in West Asheville, and for a $5.00 donation, you could walk around the exhibits and check out the local folks' creations. (Your $5.00 fee was waived if you actually participated, but I dropped the ball on that one as I couldn't settle on a book title or idea to work with) The contest goal: create something “bookish” using only food...this could be a book title or literary reference, but everything is supposed to be 100% edible. (And for an additional $5.00, you could walk around and sample the entries, however we declined on that one) Apparently these type of contests are held all over the country, and there was one participant who drove all the way from New York City to drop off her entry, then turned around and went home (she won second place). There were quite a few amazing and clever entries in both the adult and children's categories. 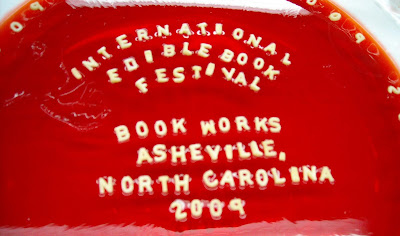 The winner was this here bit: Erudite/Crudite (A clever play on words). Recognizing that “crudité” and “erudite” are merely one letter in difference, he represented this with a book made from homemade crackers, and braided celery stalks together to make the binding. 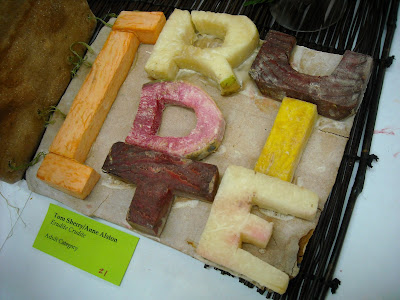 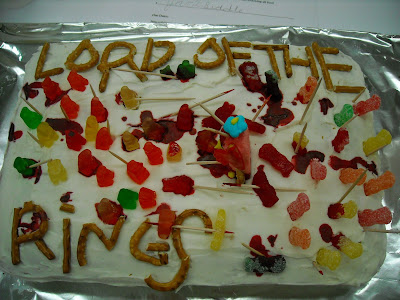 I put my beans in on a vote for this one, but it didn't place. This was all ginngerbread...can you imagine the time this must have taken? 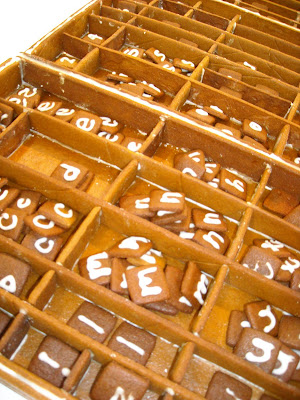 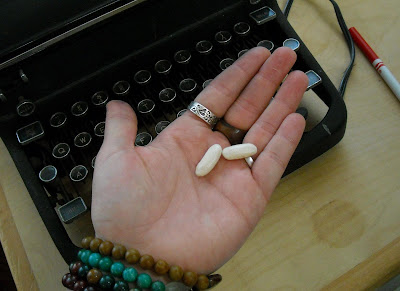 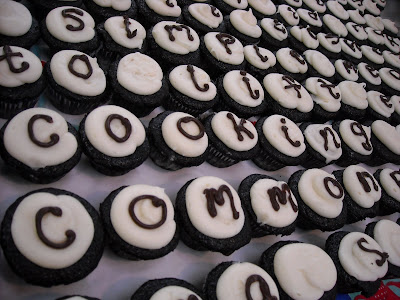 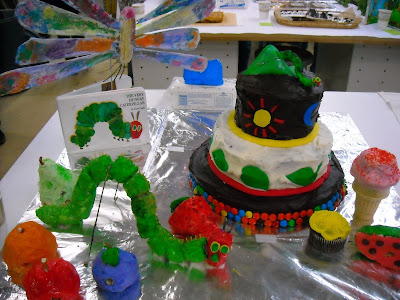 Oh, but the coolest part was the actual Bookworks...they have classes on letterpress, bookbinding, journal making and all sorts of paper related art forms. We snooped around and I found this blockprint for the Edible Book Contest handprinted posters. Fun! Check them out at: www.ashevillebookworks.com! 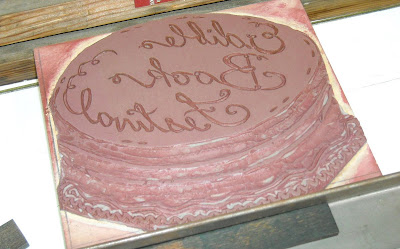 Posted by veggieartgirl at Wednesday, April 08, 2009

Want to see some of my funky art?

Want to go back?

I have a cute little store!